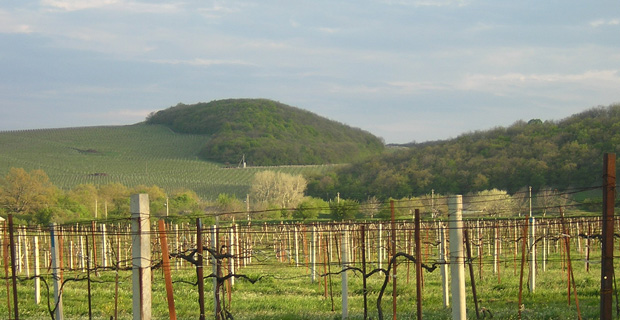 Chateau Le Grand Vostock Website
Chateau Le Grand Vostock Facebook
Chateau Le Grand Vostock became Russia’s first new, completely modern winery in 2003. It was entirely constructed with French technology, equipment and specialists in the village of Sadovy in Krasnodar’s Krymsk district about 50 kilometers inland from Anapa on the Black Sea coast. The “Chateau” and its 300 some hectares of vineyards occupy an entire valley of this a hilly, forested area that was formerly Vinsovkhoz Aurora.
Chateau Le Grand Vostock has a capacity of over 100,000 cases (1.2 million bottles) per year. The winery fully owns over 1600 hectares of land including the vineyards, and has the use of an additional large tract of forests, fields and lakes.
Chateau Le Grand Vostock was built through an investment of approximately $5 million in French technology, equipment, and consultants. Until 2012, it was operated by French wine winemaker Frank Duseigneur and his wife and quality manager Gael Brullon. Laurent Dubreuil, the current winemaker, has continued and extended the pioneering work of Frank and Gael.
With its gleaming stainless steel tanks and French oak barrels, Chateau Le Grand Vostock produces full range of wines from its Terres du Sud to the top of the line Chene Royale, named for a stately oak that sits on a nearby hilltop overlooking the vineyards. The wines are blends of French varietal grapes and local varieties such as Saperavi, Rkatsiteli, Krasnostop and Golubok in a quality range comparable to the French Vin de Pays to Crus Bourgeois.
Center map
Get Directions